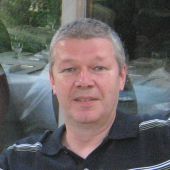 A few months ago, I wrote about the synthetic cloth that has taken the billiard world by storm: Royal Pro. Its spiritual father, Greek entrepreneur and billiard aficionado Pavlos Zachariadis has burnt gasoline and racked up the frequent flyer miles in the past year, he has sold his product and found distributors in a dozen countries, on both sides of the Atlantic. And I am not surprised in the least.

Let’s start off with the already known pros and cons.

Plus:
– Royal Pro is much, much cheaper than Simonis or Granito. In Euro-countries, redoing a match table (5 x 10) will cost around € 250,-, as opposed to ca. € 420,- with traditional cloth.
–  Royal Pro requires less table heating, as it absorbs and holds less moist and humidity.
– Royal Pro is thinner, which accounts for a lower roll resistance: ergo, faster tables.
– The playing characteristic of the table, its “behavior” will remain the same for a longer period of time.

Minus:
– Because RP is thinner, piques, masses and forceful shots in general will leave marks,white dots on the cloth, more so than Simonis.
– The thinner cloth also accounts for slightly more audible “ballrolling”.

When I first played on RP (fall 2014), it was, excuse my language, just bloody friggin’ perfect. That was the reason I wrote about it in the first place. It was long but not slippery, VERY quick and utterly predictable. I absolutely loved it. But then, it was brand new. I agreed with the room owner that we would set up an afternoon of practice, once the RP cloth had been in use for half a year. We did that this week, and here’s what I found:
– The table was not quite as long as it was in October. The difference was small though. Not negligible, but not significant either. Let’s call an annoyingly slippery,ultra-long table 4, perfect length 3, shortish but very playable 2, annoyingly short 1. The table I played on went from 3 to 2.75 in the past half year. Many’s the time I’ve seen tables with traditional cloth go from 4 to 1, in six months.  I’ll take 2.75 any day of the week and twice on Sunday.

– Its best characteristic (then), was its predictability. And still is. What you think will happen is what happens. You may have missed, but you are not surprised. I can never hate a table when it punishes me for making a mistake. What I can’t stand is when I make a good decision AND a good hit, and I miss. If that happens, I have to go back to the drawing board, and ask myself what adjustments this table asks of me. They are like women, those tables. Fickle,moody, enigmatic. You never know where you went wrong, they don’t tell you. All you get is: “that was wrong, try again”. This Royal Pro cloth is like a regular guy.There are no riddles, it tells you to your face, 2+2 =4. It’s a vending machine: put a dollar in, a coke comes out. Get your cue ball in the right line, you make the point.

For me, there can only be one conclusion. This synthetic cloth is the best thing that has happened to billiards in years. It costs less and is just as good as, or better  than its competition.

That competition is called Iwan Simonis, of course. And you will not hear a bad word from me about that brand. Their products have served us well over the years.  But I am afraid they are going to have to adapt, or they will become a TDK, once market leader in cassette tape. This is a fight they can’t win, a development they can’t stop, not even from their semi-monopoly and with solid ties to all the federations and confederations, their business protected by contracts that should not exist in the first place. Of course there will be a monumental combined effort to protect the Simonis market dominance. I’ve already heard on e chairman of a national federation say:”We will forbid the use of that plastic cloth”. But that likeable old dinosaur too, is fighting a losing battle. Players with commercial ties to Simonis will come out and say they dislike Royal Pro. But they will play on it at some point, and average 2 + and even 3 +. Their dislike will lose its credibility, fast.

The room owners will be the key to this change. They are never going to take orders to use only cloth A, when cloth B is much cheaper and just as good or better.  And federations need billiard rooms much more than billiard rooms need federations. Economics, in the end, will settle this dispute. And synthetic cloth will find its place in billiard rooms all over the world, whether good old Simonis likes it or not.

There is nothing wrong with Adidas. Fine shoes. But Nike, Umbro, Asics and Reebok make it a market, and not even Sepp Blatter would tell soccer players they can only wear Adidas, because that would make him a bigger joke than he already is. Fair competition between brands and products, a playing field that is as level as a billiard table: that is what we should aspire to have. If our national federations and our supervisor, the UMB, disallow use of one brand and make another brand mandatory – as in many cases, they currently do – shame on them.

Get updates and learn from the best 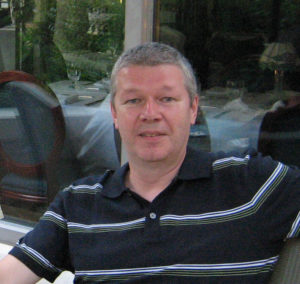 338 years of excellence. How many more?

Posted by Bert VAN MANEN on December 4, 2018 338 years of excellence. How many more? © Kozoom It is a valuable old friend of 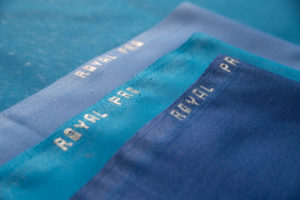 Dean_H Now that Royal pro Cloth has been on the market in the US of A for a few months, what are Royal Pro Cloth